You are becoming a dwarf or a giant?

Islands tend to create a paradoxical trend in evolution, which biologists call as "The Island rule" or "Foster's rule".
Something weird happens to animals when they cut themselves off from the mainland. To put it simply, large species such as elephants and hippos tend to get smaller if they spread to an island environment, while small species such as rodents and insects have a tendency to get bigger. Komodo dragon,elephant birds,dwarf mammoths, dwarf hippopotamuses,The mammoths of Wrangel Island and even Homo florescence are some examples of island rule. 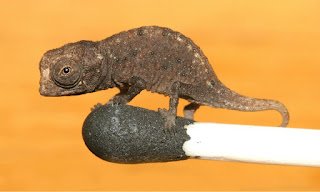 In Island environments,whats different is that there are fewer predators and fewer competitors.
In Islands, small critters would face both fewer predators and fewer competitors, giving them plenty of space to get bigger. But big animals like elephants don't really worry much about predators or competitors, Their chief concern would be lack of resources to sustain themselves. For them, a smaller habitat means they have to be smaller to survive. The central factor that drives the changing size is energy consumption: all changes arise from the animal's energy needs, and how much energy it can gain in any given amount of time.So whatever benefit the change of size grants island animals, it's clearly significant enough to kick natural selection into overdrive.
Humans are social animals, so companies have almost same dynamics as in nature and natural selection implies.Based on the nature of work and operation model of a company and the employee strengths and weaknesses each employee can be related to some animal traits. what I strongly believe is that a best team composes employees of all natures so that its balanced. You cannot build a good team with all lions.

Critical responsibilities of leadership is making sure you have the right people in the right positions. You can have one of the most talented people in the world on your team but if you don’t put them in a position to succeed then their chance at success goes way way down. Albert Einstein said that “Everybody is a genius. But if you judge a fish by it’s ability to climb a tree, it will spend it’s whole life believing that it is stupid.” So it is with people too! You may not see all of your people as geniuses but each of them indeed has their own set of strengths and as a leader it is incumbent upon you to make certain that those strengths are put to good use.Too many leaders are almost completely unaware of the totality of their people’s strengths and that results in people locked into jobs that are often far below their abilities. Underutilized people become unmotivated people in the blink of an eye. If you don’t know what you have in your people you’ll likely never get it out of them. You run the risk of demotivating the very people you need to be as engaged as possible.
Not providing your people the opportunity to fully utilize their skills is one of the fastest ways to lose them. If you’re lucky once you lose them they will move on to greener pastures, if you’re not lucky then you’ll lose them and they will stay in your organization.
Companies/teams can be called Islands if they cant identify the strengths and weaknesses of their employees and healthy competition is not maintained.
So what are you becoming a dwarf or a giant, or working to the brink of your potential?
**Compilation !! - taken from multiple sources i read recently.
Posted by Keerti TSB at 11:49 PM
Email ThisBlogThis!Share to TwitterShare to FacebookShare to Pinterest
Labels: Social 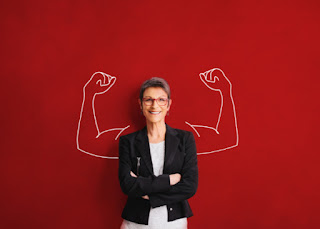