King and the Monkey Medicine

Long ago there lived a king who had an untreatable disease. He called the best doctors in his kingdom and asked them to find medication for his disease. He also warned them that if the medicine does not work, death sentence will be the punishment. He tried medicines of all the doctors but they are not successful in curing his disease. He ordered to kill them all. 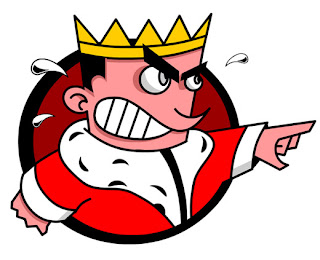 There was a wise doctor in the kingdom; it was his turn now to prepare medication for king’s disease. He collected ash from his kitchen stove, added some honey, made small doses of that mix and filled it in a golden box. He wanted to escape from the death sentence and teach the king a lesson. He told the king that he prepared the medicine from the brain of a very rare species of monkeys and after taking the medicine as per dosage, the disease will be gone for sure. But there is one condition for this monkey medicine that, the king should not think about monkeys while taking the medicine.

The king tried not to remember monkeys, but the mere thought of medicine itself made him remember monkeys. It became impossible to him to not to think about monkeys, not only while medication but all day he thought of them. He was not able to take the medicine.  He understood that this is the plan of the doctor. He realized his mistake and released all the doctors.

This story tells us two things,
first- every problem has a solution
Second - mind is like a monkey, it jumps,hops and roams around
It always does whatever you did not want to do

Have control of your thoughts !
If you do not have control on your mind or thought then you are living life at the probability of randomness of your thoughts.  Train your mind to think about what you need rather than wandering off. Thinking and Non-thinking must be governed by your will.
Thoughts and desires transform into words.... and words result in actions.  When a person has a lot of negative thoughts, it may lead him to stress, anxiety, depression, negative actions and violent behavior. Controlling you mind keeps you away from such negative impacts.

An organized, controlled thought will give you success. Meditation is the best way to gain control of your main.
Posted by Keerti TSB at 12:01 AM
Email ThisBlogThis!Share to TwitterShare to FacebookShare to Pinterest
Labels: RandomThoughts